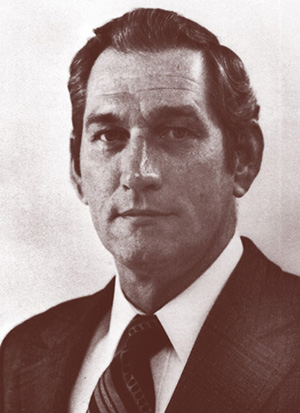 In 1975, he was hired as vice president for the Division of Agriculture at the University of Arkansas, drawing the separate agricultural programs at campuses across Arkansas into a well-coordinated single program.

He left the university to become president of his alma mater, Auburn University, in 1984. He retired in 1992.

Personal: Martin was born June 22, 1932, at Vinemont, Ala., to Everett Parrish and Buena Marie Gibson Martin. He married Rachel Ann Freeman in 1958, and they had three children.

Quote by Charles Bishop upon the hiring of Martin: “I regard him as one of the truly outstanding agricultural leaders in the United States and I am confident that, under his leadership, Arkansas agriculture will continue to develop and progress in the future.”