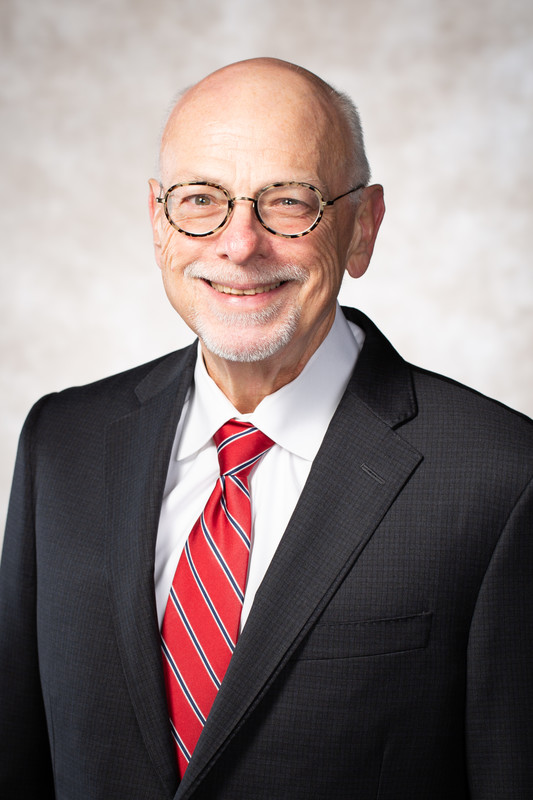 Joseph Steinmetz joined the University of Arkansas on Jan. 1, 2016 as its sixth chancellor. He came to the university from Ohio State, where he had served as executive vice president and provost, overseeing the administration, coordination and development of all academic functions of the university. Prior to that appointment, he served as vice provost for arts and sciences and executive dean of the College of Arts and Sciences, the largest arts and sciences college in the nation.

The U of A experienced unprecedented levels of student success under Steinmetz' leadership as chancellor. During his tenure, first-year retention reached 84.7%, the six-year graduation rate reached 68.5%, the average GPA for new freshmen in the entering 2020 class was 3.75, and the university awarded 6,894 academic credentials in 2020. He fostered a “one-stop-shop” model for student success with the development of a new Student Success Center.

Before joining Ohio State in 2009, Steinmetz was dean of the College of Liberal Arts and Sciences at the University of Kansas, where he was also a university distinguished professor. Before Kansas, Steinmetz spent 19 years at Indiana University, Bloomington where he served as chair of the Department of Psychology, executive associate dean of arts and sciences and a Distinguished Professor of Psychological and Brain Science.

A nationally respected behavioral neuroscientist, Steinmetz was recognized in 1996 by the National Academy of Sciences for his contributions to the fields of experimental psychology and neuroscience. In 2012 he was named an AAAS Fellow.

His research interests have included neuroanatomical and neurophysiological substrates of learning and memory; the effects of alcohol on neural and behavioral function; neurobiological and behavioral models of fetal alcohol syndrome; and the neurobiology of simple human learning, memory, and cognitive function.

Steinmetz earned his bachelor's and master's degrees at Central Michigan University and his doctorate at Ohio University.

He and his wife, Sandy, have two sons and five grandchildren.

Quote from President Donald Bobbit on the hiring of Steinmetz: "When you conduct a search of this scale the hope is that you're able to identify a very high-caliber individual who is not only well qualified, but the right fit at the right time for your flagship campus. ... I feel we exceeded that expectation and I'm honored to bring Dr. Steinmetz from an institution as respected and renowned as Ohio State to the UA System. He is certainly the right chancellor at the right time to continue UA's progress into the future."